I think we should be angry. 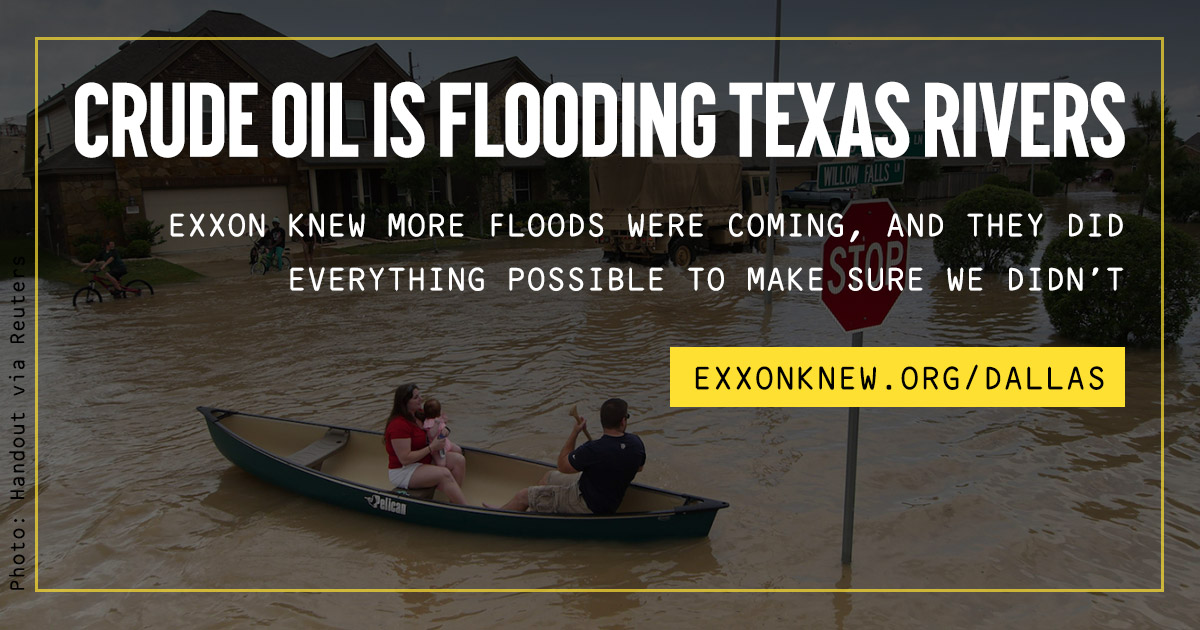 On May 25th, Exxon’s shareholders are coming to Dallas — and Texans will be there to greet them with a clear message: divest from Exxon’s pollution, deception, and greed. Can you join?

Exxon knew about climate change half a century ago. They robbed us of a generation’s worth of time to prevent the worst impacts from hitting people across Texas and the world. Just as Big Tobacco lied about the risks of addiction and cancer, Exxon orchestrated a campaign of doubt and deception, making hundreds of billions at the cost of people’s lives.

We’re talking about what could be the worst case of fraud in history.

The call to bring Exxon to justice is massive — and it keeps growing. More than 500,000 people across the United States have called on the Department of Justice and State Attorneys General to investigate Exxon’s lies. So far, Massachusetts, U.S. Virgin Islands, New York, and California have launched investigations, and a coalition of State AGs is forming to fight the broader fossil fuel industry’s fraud.

On May 25th, the fight for justice is coming home to Dallas during Exxon’s shareholder meeting — can you be there?.

We need to tell shareholders that Exxon’s multi-decade fraud shows that they will never be willing to change their business model, and that the time has come to divest from destruction.

Here are the details:

We’ll be there with signs, banners, and an exciting lineup of speakers (soon to be announced — stay tuned!), raising our voices together. RSVP here.

They’re fighting back because pressure from people is working. Let’s not back down.

On May 25th, people from across Texas will rally at Exxon’s shareholder meeting to show that we will not stand for a system that puts polluters before people.

We’ve got a movement behind us that’s bigger, bolder, and more organized than ever: the hundreds of thousands of people calling to bring Exxon to justice, and the insurgent movement to break free from fossil fuels is rising in every corner of the planet. On May 25th, they’ll be watching what unfolds in Dallas.

I hope you can join.